It has been over 3 years since my first discussion on the topic of Modern Orthodoxy Vs. Religious Zionism and I have been mulling over it ever since. In recent months a public debate has arisen in Israel surrounding the question “is there such a thing as Religious-Zionist Psika”. At the same time, in the US the debate between Modern Orthodoxy and newly named “Open Orthodoxy” continues to bubble in the background of many public debates. Though none of these terms are “real” terms, meaning, terms which have Halachik-legal definitions they are ideologies and outlooks which deeply effect both societal norms and, I would argue, the Halachik approaches and decisions of rabbis in these communities. (I am aware that there are those who would strongly disagree with my premise that Halachik deciscors are influenced by predisposed ideologies and rather hold that they interpret the Halachik sources based exclusively on an objective Halachik understanding. Though there is room for a discussion whether that should or should not, ideally, be the case – or even possible – I believe it is very naive to pretend that is not the reality of the Halachik world today, especially when it comes to socially sensitive topics).

This in mind, I will do my best to define the terms based on living in both communities – both in Israel and North America – having studied directly from several prominent rabbis from both communities and having learned and read extensively from their Torahs and writings.

Modern Orthodoxy is what it sounds like – an Orthodox outlook which is informed by and responds to Modernity, seeing value in the phenomena. These include, among other things, the recognition – and value – in the change in the status of women in society, the necessity – and value – of modern scholarship and study, and the positive approach towards the State of Israel. According to this approach, Zionism is just one more phenomena which is a positive outcome of Modernity and as such – we have a positive and inclusive approach to it as part of our Orthodox life. The degree to which ones Orthodoxy is effected – and in what way – by their Modernity seems to be just that – a difference of degree (The baseline seems to be “To what degree does this phenomena fit with our Orthodoxy”? with some taking it a bit further asking “can we make it fit enough?” while some go even further stating “how can we make it fit, period”). 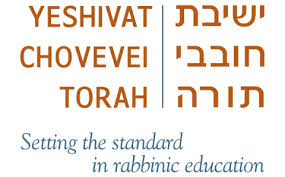 Religious Zionism, on the other hand, is not exactly what it sounds like. Religious Zionism is not the combination of 2 things and is not the relationship between 2 competing ideals. Religious Zionism sees itself as THE Zionism and as THE (Jewish) Religion; a religion which is one in the same with “true” Zionism – the existence of the Jewish People as a Priestly Kingdom and a Holly Nation, meaning – the life of the collective that is The Jewish People  in the Land of Israel according to the Torah of Israel. According to this approach one of the vehicles, or catalysts, to the re-emergence of the Jewish collective is Modernity. But Modernity is not the root cause of political Zionism and the State of Israel. The divine destiny of The Jewish People is. Modernity allowed for that destiny to materialize, almost like a stage which has – finally – been completed for actors who have been practicing for all too long. Therefore, the question that is always in the background of RZ discussions – both ideological and Halachik – is “what is the essentialist character and destiny of Am Yisrael and the best way to realize it?” Modernity is just one more tool through which this may be done.

Meaning, Modern Orthodoxy values Zionism as one more product of Modernity while Religious Zionism has no inherent stance on Modernity at all. This can explain the fact that, while there are many similarities between the communities, there are several key issues they usually find themselves almost completely opposed on.

I admit that this is an oversimplification of a variety of issues and questions which deserve a much more individualized discussion. Many rabbis, including some leading authorities, would not fit so snugly into the boxes I have depicted here and you will find their Halachik rulings crossing the ideological lines just drawn. Individual rabbis will inevitably find themselves taking a stance on each topic based on their understanding of the relevant sources, their tradition of Psika and their evaluation of reality. Even so, I still believe that what has been laid out here explains the major trends and differences between the communities, as best evident in their extremes as well as by the changes the communities have experienced in the past few decades.

Why is this discussion important?

There is a mistaken thought that the Modern Orthodox community in the US and the Religious Zionist community in Israel are the same community with minor, cultural, differences. That they are 2 sides of the same coin with the 2 sides just being the sides of the Atlantic Ocean; that Religious Zionism is the Israeli version of Modern Orthodoxy and that Modern Orthodoxy is the American version of Religious Zionism. That is not true. (Just ask Americn Olim who live anywhere in Israel other than Gush Etzion, Chashmonaim and certain parts of Yerushalaim and Modi’in). There is, of course, a lot of overlap and there are many people – and rabbis – who embody a combination in their personalities and their Torah approach but, the whole context and orientation of the communities are different.

This, I believe, is a reason why the Religious Zionist community in Israel is not only continuously growing in numbers but have, arguably, become the most influential force in Israel society today, while the Modern Orthodox community in the US seems stagnant, not only in its size but more importantly, by a sense of paralysis due to the dialectic values and groups it has difficulty continuing to encompass (some great insights on the state of Modern Orthodoxy in the US by Prof. Jack Wertheimer can be read here).

In North America, recognizing the differences can, hopefully, encourage the Modern Orthodox community to reflect and realize what is missing from its ideology, what emphases are lacking from its internal discourse and more importantly – from its educational philosophy and institutions, a topic I hope to explore soon in a separate post.

In Israel, on the other hand, this can help explain some of the vocal debates in recent years between what seem to be different factions within the Religious Zionist community, with some having a far more Modern Orthodox approach to modernity – and much that comes with it – while others, as stated, having no inherent approach to it at all.

On a personal note, when trying to figure out my own “place” in this discussion I have found myself, over the years, on what seemed to be conflicting sides of some of the specific issues. I have finally understood why. When it comes to my private life – I am Modern Orthodox but when it comes to the public sphere – I am a Religious Zionist.