Chanukah – I can’t believe it! 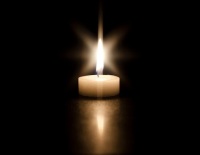 Over the years I have come to belittle the significance of the (super-natural) miracle of the oil in contrast to the (natural) miracle of the military victory.
The rationalization was, among other things:
1. The fact that the military victory is more prominent in the earlier primary sources such as על הניסים and Josephus’s writings
2. The oil miracle seems to rise to prominence only later, once – due to the exile – sovereignty and military victory were no longer relate-able (or possibly even understood)
3. As far as miracles go, the oil miracle doesn’t stand out as unique in our long history of miracles.
I’ve attributed this leaning of mine to my over rationalist approach to Jewish thought resulting in de-emphasizing the unnatural as well as my ultra Religious-Zionist background, preferring the “human-as-a-vessel-of-the-divine” approach, to the “divine-as-nullifying-human-action”, approach.
But a realization just hit me today that makes me wonder if my tendency to marginalize the miracle of the oil may not have gone far enough:
If one were standing in front of the Menorah, during the 8 original days of the Maccabees, would it actually appear as a “revealed miracle” (נס גלוי)? Probably not.
At no point would you be faced with the obvious breaking of the laws of nature, (which tends to be how we define a “revealed miracle”).
Only by looking at the broader context of 8 days and evaluating the appropriate ratio of oil per day could one deduce that they were witnessing a miracle.
Isn’t that the definition of a “concealed miracle” (נס נסתר) – context, probability and other such intellectualizations?
I’m proposing this – there was no “revealed miracle” on Chanukah! rather two important events, part of the same continuum and narrative which, like all things to do with the history of The Jewish People, reveals some deeper aspect of reality as well.

Even if what I’m saying is true – that the miracle of the oil was indeed not a revealed miracle at all – it doesn’t in any way take away from all of the Torah that has been said about the relationship between revealed and concealed miracles, which takes place revolving around many other areas of our traditions.
In my mind it just means this – Chanukah is all about the natural state of (miraculous) national Jewish life, with no need for the crutches of revealed miracles to make an otherwise obvious point.
It is the disease of Galut with its dissonance between what is and what should be, with its dichotomy between body and soul, with its existential sense of uncertainty and inherent doubt that gave birth to the prominence of a miracle that, to those who witnessed it, most probably was not miraculous at all.

A Chanukah Same’ach to all.

P.S. Since writing the above, some might say troubling, thoughts, I’ve had a chance to further contemplate these points. After realizing that the “oil miracle” may not have been a revealed miracle at all, I began to consider – is the miracle of the war really a hidden one? Let us think of the impact that the victory had on the situation in Israel at the time. Let us consider what it meant to the Jews who had returned from the exile of the First Temple, to finally gain independence after 200 years. What it meant to establish an independent soverign entity, one which will arm Jewish Eternity with the ethos of religious independence rooted in earthly national independence. Let us try to understand what it meant to overthrow the great Greak Empire and influence, etc… Considering the great impact and significance of the victory, could one really define it as a concealed miracle?

What I am suggesting is that we tend to have a simplistic understanding of what a miracle is. As one of my rabbis told me once: “not every super-natural event is a miracle and not every miracle is super-natural”. The Hebrew word for miracle is נס, which literally means “flag”, or “sign”. A miracle’s purpose is to make us notice something. All too often people think that all miracles are there to make us notice the exact same thing all the time – that God is “behind” the events. Regretfully, I find that all too simplistic, especially seeing how varied and specific different miracles seem to be. A deeper way of understanding it is as follows:

Based on this, one could argue that the relationship between the Chanukah miracles is exactly the opposite than we usually think. The military miracle, an event which revealed in the clearest way – to The Jewish People and the entire world – the value of Jewish national and cultural independence, is the revealed miracle. The miracle of the oil, on the other hand, which was not seen by everyone and is harder to understand its necessity, significance and influence, is the concealed miracle.

And maybe, just maybe, the reversal of the miracles’ roles is itself part of the return from Galut to the Ge’ulah of Israel in our times!

Filed under Israel and Galut, Theology

Between the two miracles of Chanukah (the oil and the victory), the more important one is unquestionably the victory. This is evidenced by the fact that it is the one we give thanks for. That is the one we couldn’t live without. The miracle of the oil isn’t that miraculous. There are many, far more miraculous events in our history without a holiday. The oil miracle is more an idea (hence, we study it). But, what is that idea?

The common answer is that it represents the battle between physicality and spirituality The Greeks were all about materialism and the physical while the Jews were all about the spiritual. The Greeks tried to rob us of our spirituality and convert us to materialism and physicality. The miracle of the oil demonstrates the laws of nature and the material world being broken to show the dominance of spirituality. A perfect message for life in exile. Torah=spirituality, the world=physicality. Torah > world.
That is why the miracle of oil became so central in the exile.
But, the truth is that the miracle of the oil was secondary. We don’t even mention it in על הניסים. The battle was about our obligation and right to live a physical life infused by spirituality and holiness. That’s why the decrees were ones involving action: don’t circumcise, don’t rest on Shabbat, don’t purify in a Mikve etc… all of which represent the holiness of the physical.
The Greeks saw the physical and spiritual as separate and contradictory. Chanukah comes to show that they are not inherently separate, rather are both vessels for a deeper meaning and purpose – holiness.
That is what the miracle of the oil demonstrates and the victory miracle embodies – the ability of the physical to be “stretched” and hold more than just physicality; that the physical is a vessel for more.

Filed under Chagim/Holidays, Israel and Galut