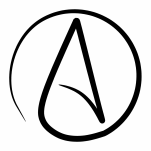 This post will focus on the difference between what we mean when we say “God” and what we mean when we say “Hashem”. I will explain why when it comes to ‘God’, as refereed to in popular culture, literature and conversation – I am an agnostic, which is less a dramatic statement than it may seem. In the middle, I will touch upon Passover’s evil son as well as ‘the most important idea in the Torah’.

‘What we mean when we say God’
If you were to ask most people, including most Jews what they mean when they say “God”, they would most probably answer – “a higher power”, “the creator”, “supreme being” or even “original cause”. It is this God that most proofs for God’s existence discuss and it is this God that I am, personally, unsure about. Over the years I’ve read hundreds, possibly thousands, of pages on proofs and counter proofs for the existence of God and can summarize them by saying this – it was a very interesting read. An enjoyable intellectual endeavour. No less but also no more. A day I was intellectually stimulated by a strong “pro God” argument was no different than the day I understood how Imanuel Kant pulled the rug from beneath all metaphysics, including the possibility of proofs for God’s existence. With regard to this God, I could quite possibly define myself as an agnostic (“a person who does not have a definite belief about whether God exists or not”). This is because there really do seem to be excellent arguments to both sides. Besides, even if I were to say that I do believe in this “prime changer/designer/causer/intelligence/ truth/concept of perfection/omnipotent being, I’m really not sure what it would mean, other than an intellectual leaning towards the arguments supporting that phrasing. This is a God whom people have to search for, speculate and make deductions about and will therefore be no more than an accidental possibility. It is not what Jews (should) mean when they say ‘God’. 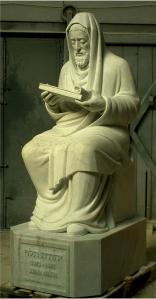 Based on this and more in depth analysis, Rabbi Yehudah Halevi, in his famous book The Kuzari, makes a distinction between “The God of Abraham” and what he calls “The God of Aristotle”. The God of Aristotle is the Creator, the God of nature, the ’cause of causes’. A.K.A – Elohim/אלוהים – plural, the master of all forces. It is more a concept than anything else. And a philosophical concept – as interesting as it may be to those who can grasp it – holds minimal real meaning and cannot truly motivate, inspire or transform. As put so well by Albert Camus: “‘I have never seen anyone die for the ontological argument.Galileo, who held a scientific truth of great importance, abjured it with the greatest ease as soon as it endangered his life”. The God of Abraham’ – Hashem – on the other hand, is described by the rabbi of the Kuzari in the following way: “I believe in the God of Abraham, Isaac and Israel, who led the children of Israel out of Egypt with signs and miracles; who fed them in the desert and gave them the land, etc…”. ‘Hashem’ is not a concept, rather, that which we identify as the foundational element of our national (and therefore also individual) existence. That which we recognize from our historical experiences; from The Exodus and the events of Tanach all the way through the monumental events of the past century. This is not a God to speculate about, rather always present as part of our self awareness and conversation about ourselves, our destiny, our communal and private lives.

The most important idea in the Torah
Another way to present this is as follows: The most central idea in the Torah is not that God exists, that he created the world or that he controls nature. These ideas appear on almost an occasional basis, if at all. The most central concept in Tanach is the most common verse in Tanach – “Hashem spoke to… saying”. The fact that Hashem communicates directly with us, the Jewish People, that he has a unique relationship with us as revealed through his communication with us through prophecy and our historical happenings. These are not proofs of His existence, rather, this is what we mean when we say Hashem; “He who has been at the center of our historical existence and events since our national inception”. “The ‘object’ around which Jewish Existence defines itself”. “The identity in relation to which The Jewish People define their collective existence and occurrences”.

This also explains the strange attitude towards the evil son in the Passover Hagaddah: “because he removed himself from the collective – he denied the fundamental truth (of God)”. Why is the disassociation from the Jewish Collective mean he is a heretic? This is because, as Rambam states in one of his central chapters in The Guide to The Perplexed: “Emunah is not that which is uttered by the lips, rather that which is pictured in the Nefesh”. Meaning, forget about what people say they do and don’t believe. People have all kinds of silly notions of what they think they understand and believe. Don’t look at what his mouth is saying, look at what his life is saying; what kind of life is he leading? one which is consistent with the ideals, truths and behaviours of the divine, or not? and being part of the Jewish collective is just that – a life centered around the eternal relationship between Hashem and Am Yisrael.

To summarize: “Does God exist?”, is not a Jewish questions and is asking a question which, even if answered, has very little real significance. “What do we mean when we say the word Hashem”, on the other hand, is a very Jewish question and its answer makes all the difference in the world as it changes how you understand who you are – as an individual and as a member of a larger entity called The Jewish People.
And what of my agnosticism and doubt regarding The Creator? well, turns out Hashem has solved this issue for me; after presenting himself to us at Har Sinai, identifying himself as the one took us out of Egypt, etc… he mentions, almost incidentally (in the context of Shabbat) that he created the Heavens and the Earth. Nu, good to know.

The brutal truth about Reward and Punishment

Yeah, I don’t believe in that one the way most people do. The sages state that the reward for performing Mitzvot is not “in this world”. Also, all those rewards and punishments that appear in Tanach – their all collective ones, not for individual deeds (2 exceptions). And of course there’s the ultimate proof – the world doesn’t work that way. Good things happen to bad people and bad things happen to good people and vice verse. I don’t buy the concepts “we don’t know who’s really good and bad”, and “it’s deducted from their future reward”. Those both seem geared more at coping with the harsh reality than actual explanations of it. I prefer to think of the Torah a bit like a cucumber (yeah, that’s what I wrote). What is the reward for eating a cucumber? being healthy. It isn’t divinely decreed that way on the spot; the system is set up that way. Eat veggies – healthier immune system, less sickness, less depression, etc… Similarly, Torah – and Halacha – teach us what is good for us, what “fits” our individual and collective predispositions. If you’re smart – you listen, which carries with it an emotionally, psychologically and spiritually healthier life (and hopefully a happier one as well). But it doesn’t mean you can’t get stung by a bee, have your house broken into or fail at work. You may be better fit – physically, emotionally and psychologically – to deal with those hardships but they can happen none the less. (248)

Tagged as reward and punishment, theology