Billboards have been announcing the new season of a show called True Blood. I don’t follow it (as it is described as extremely inappropriate) but I do follow the phenomena it is part of:
Vampire Diaries, Game of Thrones, Falling Skies, Green Lantern, Thor, The Avengers, Transformers, Man of Steel, Pacific Rim and Byzantium are only a short list of programs and movies that have – or will shortly- come across our “cultural” dashboard. There have and will be many, many more.
All of these shows and movies depict characters who are stronger, faster and smarter than us. They come from above, below and beyond. They battle among themselves for dominance over us mortals and our world and we are powerless before them, at their complete mercy.
They are immortal, or close to it.
Think of how much time and resources we spend on them. Books, magazines, movies, reviews, shows, merchandise, costumes and debates (Remember the “Stand By Me” debate? “Who would win in a fight – Mighty Mouse, or, Superman?” with the answer – “Of course Superman! Mighty Mouse is a cartoon! he isn’t even real”!
Is this any different than ancient polytheistic Greece?
Do we not “serve” these fictitious super-humans with our money, time and creativity? do we not go visit them in their temple-theaters or at our home alter-screens? Do we not shower the priests who bring us their words- writers, actors and producers – with adoration, prestige and even gold statues? Are we not rewarded for our service with entertainment, inspiration and even hope?
One could argue – with some degree of truth – that Torah’s issue with polytheism was as much a moral one as a theological one. To them I’d say, are the stories of these modern made, false gods, not filled with violence, sexual misconduct and immorality? Does this not – on some level – legitimize these behaviors for us mortals, as well?
I can’t help but think that Western Civilization has not come as far as it thinks in abolishing idol worship and may have just substituted one form for another, more subtle, one.
Judaism’s call to attribute divinity, “other-worldliness” and – as a consequence – origin of morality, to any but God himself is as load and necessary as it ever was.
Pay close attention to what you – and your children – are watching. 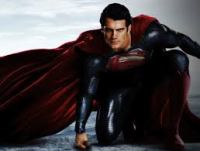